I have owned a Yongnuo Macro Ring Lite YN14EX flash for about 12 months now. It has been an absolutely brilliant accessory with the exception that after replacing the batteries, the battery compartment clips broke. The flash still worked, but the battery cover was open on one side. I had to resort to a small piece of wood wedged under a cable tie to secure the compartment. 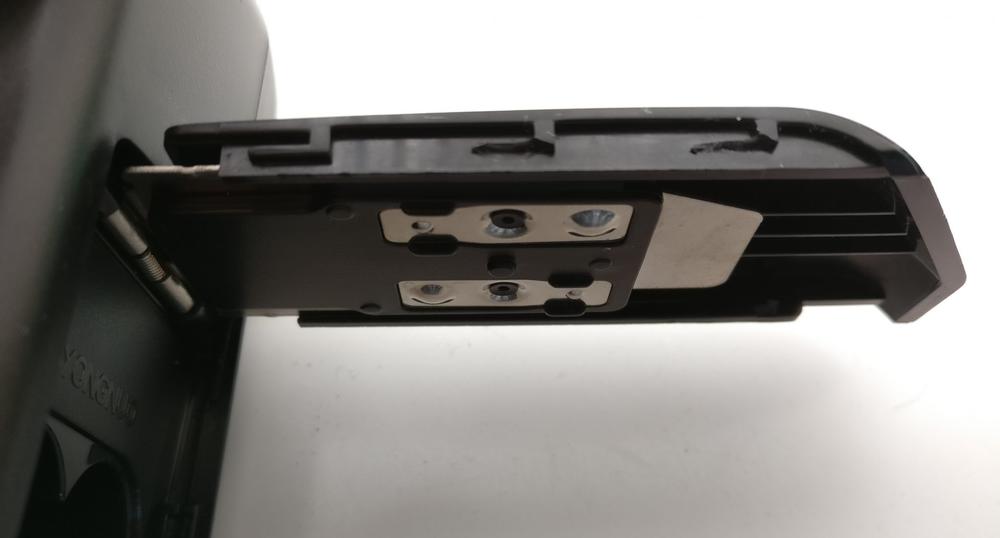 I don’t feel as though I forced the cover closed – I think the clips are too thin. The trouble is, once one clip has broken, it makes it easier for the next one to snap as there is now less holding back the force of the springs that secure the batteries.

I managed to buy a replacement battery door from eBay fairly cheaply (£3.84 including postage from China) and wanted to put up this post to show how to remove the old cover. 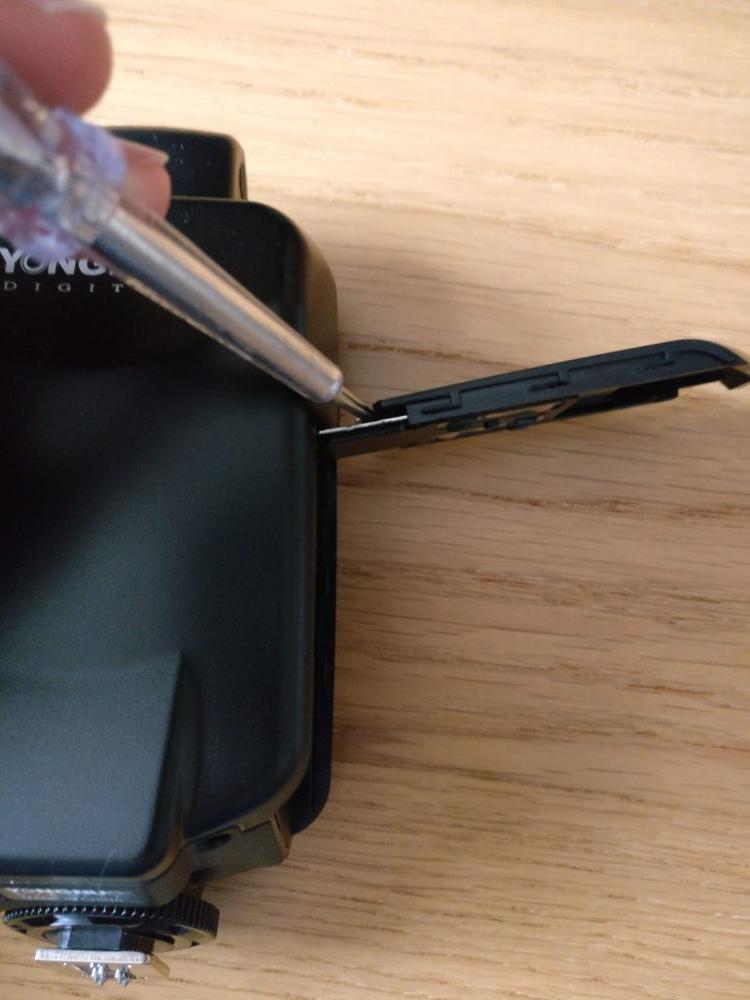 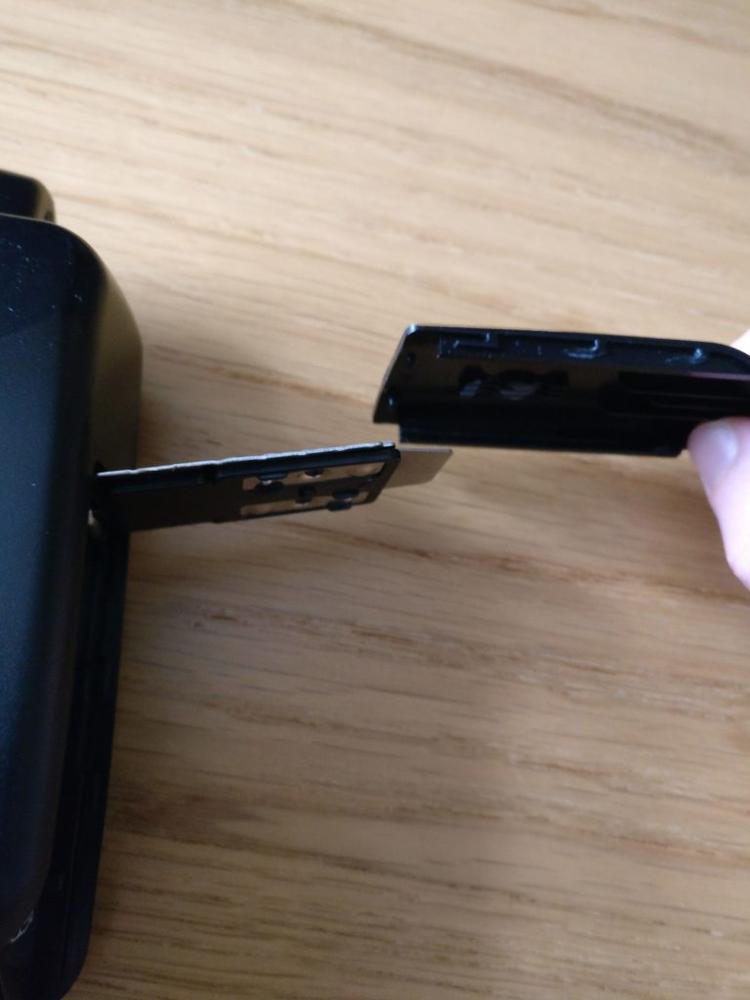 As can be seen in the images above, the plastic part of the cover can be removed by flexing two metal clips with a screwdriver. The cover then slides off. The images below show the location of the metal clips. The two smaller metal clips push against the two raised plastic areas of the cover (to the left of both images below). These are the clips to aim for with the screwdriver. The larger central clip provides support to the cover, but comes away by itself without intervention. 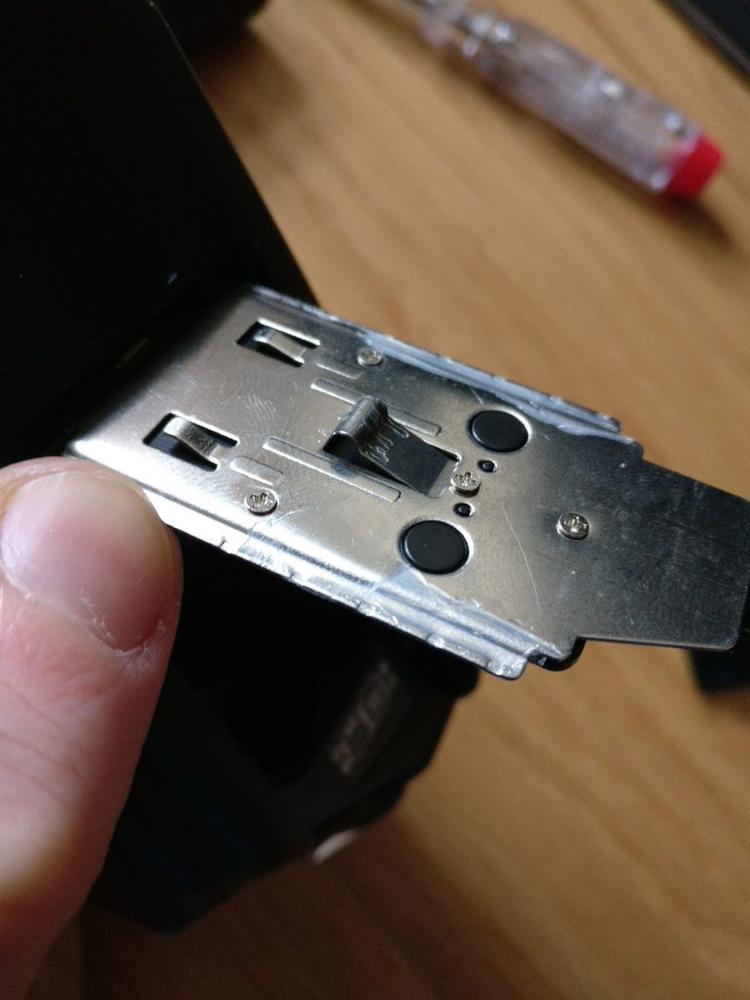 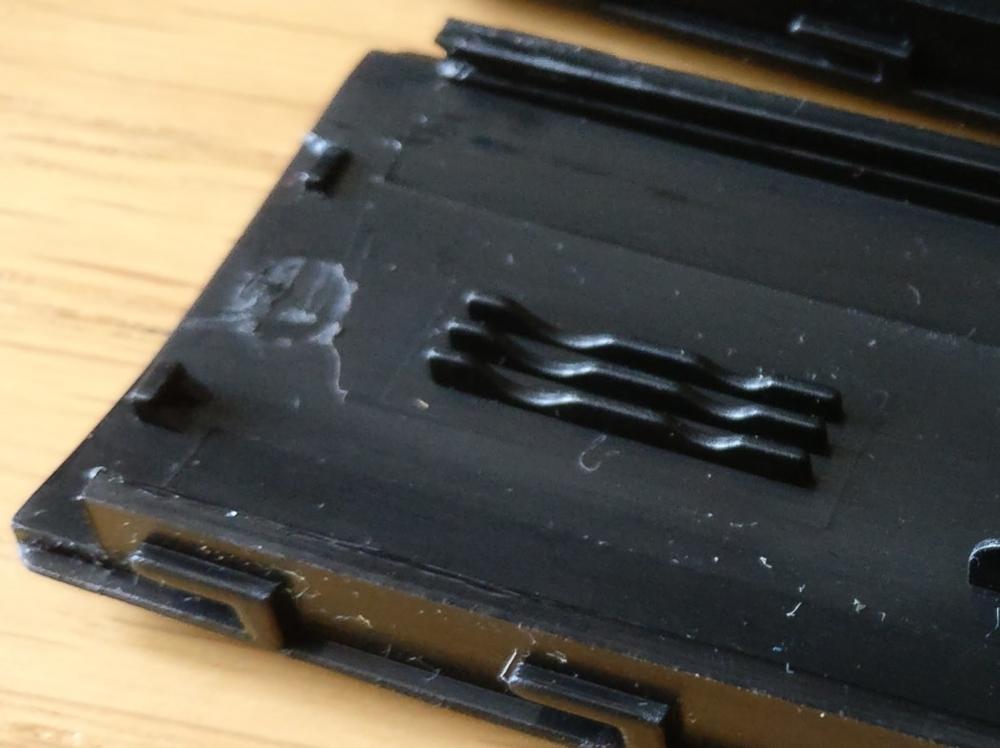 It’s worth noting that the replacement cover had noticeably sturdier clips. The image below shows the new cover below the old one (as viewed from the undamaged side). It looks to me as though there is a 50% increase in thickness. I’ll be more careful with this new cover, but it is good to know that the design seems to have been changed (either that, or there is a lot of variation in their manufacturing tolerances). 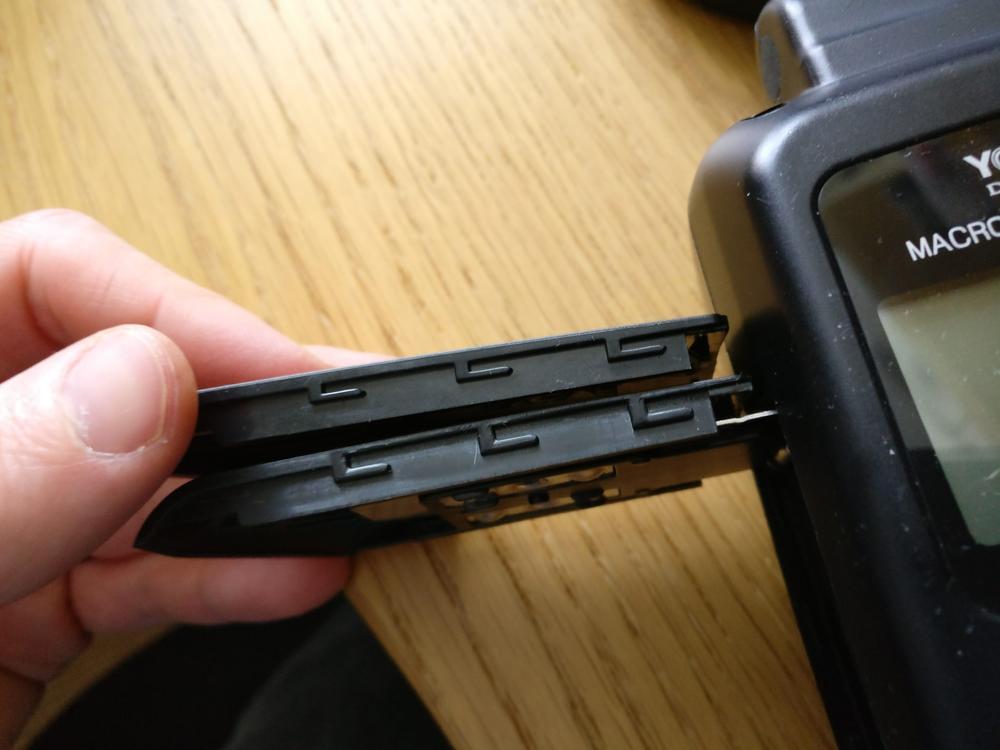 I’ll just end by saying that this is not a post to bemoan the poor quality of Yongnuo products. This flash cost less than a third of its Canon equivalent. Had it not been for this flash, then I would have been priced out of buying a ring flash as I am a hobby photographer. Other than the battery compartment, I can honestly say that this is a great flash for photographing invertebrates and I can see it lasting me for many more years to come.