I have a Garmin eTrex Summit that I wanted to connect to my laptop to extract location data. I had previously bought a cable to connect it to my computer via USB. This cable came with drivers for Microsoft Windows. However, I currently use Ubuntu Linux, so the drivers and software provided with the Garmin were useless to me.

I installed Gebabbel from the Ubuntu Software Centre. This is a user-interface that links in to the command-line GPSBabel software to communicate with a whole range of GPS devices.

I had trouble getting Gebabbel to talk to the Garmin. It turned out that this was because the eTrex Summit actually communicates over a Serial connection and not USB as I expected from the cable type. The eTrex Summit has an in-built USB to Serial converter, so the computer doesn’t actually see the Garmin at the end of the USB cable - it sees a serial port instead. To get it to work, I had to double-click on the Garmin device that appeared in the Source list in GeBabbel and change the Path/Device from USB to /dev/ttyUSB0. 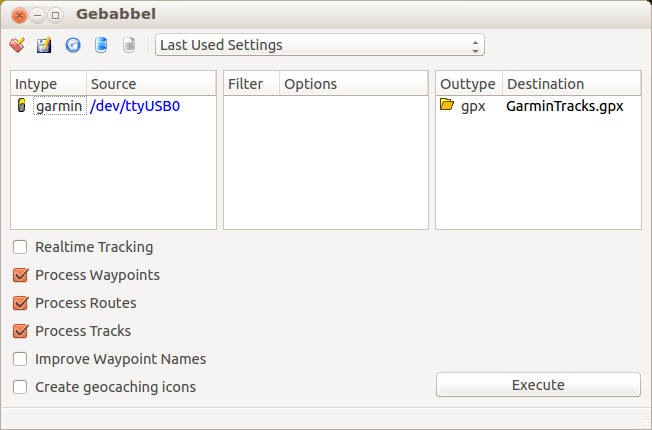 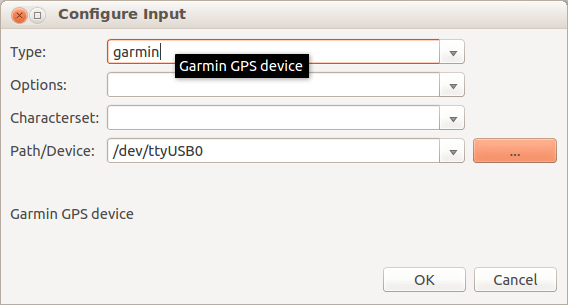 This assumes that your Garmin is on port ttyUSB0. You can find this out by opening a terminal window and typing dmesg | grep tty. This outputs changes to the serial port. Run the command just after inserting the USB cable, and you should see something like the following:

As you can see, the converter is attached to ttyUSB0. This should be in the /dev directory, so the full path is /dev/ttyUSB0

After inputting this address, GeBabbel communicated with the Garmin perfectly.