I saw a wolf spider the other day (Pardosa amentata) dashing about with her egg sac beneath her. As it was a warm sunny day, she was particularly fast so I was unable to take a photograph. However, I did notice that she had two bright red lumps on her abdomen. I had never seen this before, and reasoned that it must be some sort of parasite that was living on her or had laid some eggs. There are species of wasp that target spiders, but they tend to subdue the spider before laying eggs to incapacitate it whilst keeping it fresh ready for its young. The spider I saw was certainly not subdued! I could not find anything on the internet about any vibrant red parasite that attacked spiders in the UK. Every google search with any combination of “red”, “spider” and “mite” landed me on an article about the unrelated “red spider mites”!

By pure coincidence, the very next day, I saw a young garden spider (Araneus diadematus) with the very same red lumps! This spider was very small (~4 mm) so it was hard to see, but I was able to take some photographs: 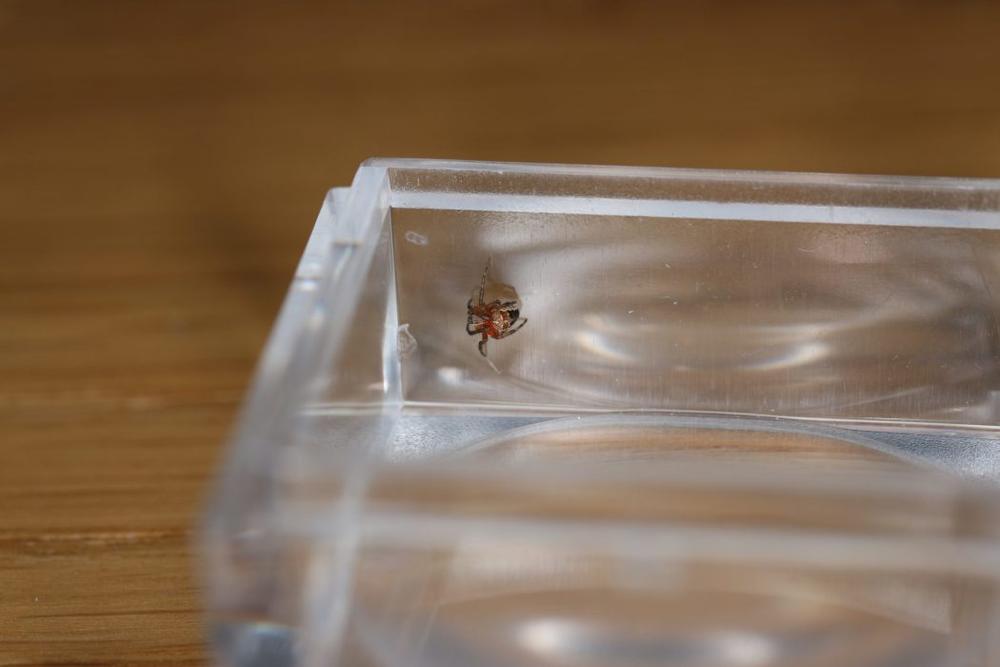 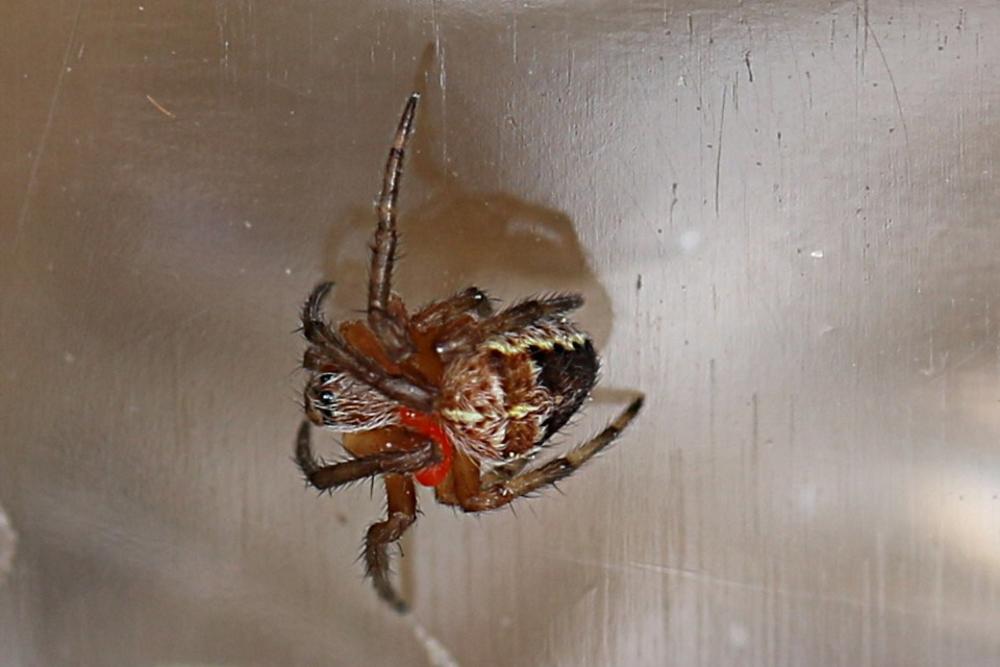 I posted these images to the British Spider Identification Facebook Group, where I quickly got a lead on the parasite: Trombidium sp., most likely Trombidium holosericeum (the Red Velvet Mite). Once I had the genus that the parasite belonged to, I was finally able to discover some useful information on the internet! The UK Safari website says the larvae feed off spiders and insects before dropping off, burrowing underground, moulting and emerging as adults. It also says they do not injure their host.