in In the shed

I had a need to straighten some pieces of wire that came from a coil. They started out all bent and twisted. Even after some manual manipulation, trying hard to get out every kink using a pair of pliers, it was still wonky – nowhere near straight enough. I then tried putting it in a clamp and pulling, but there was no way I could pull hard enough to straighten it.

In the end, I managed to straighten this wire using a drill. I fixed one end to a workbench using a clamp (although I also tested holding using a pair of pliers – it worked just as well). The other end I attached to the drill. The smallest bit that fits into my drill is around 2.5 mm, whereas the wire is 0.8 mm. However, I managed to grip the wire into one of the gaps between the three parts of the drill’s end effector. Pulling the wire taught, I then gave the drill around three rotations before carefully releasing. This has the effect of stretching the wire without me having to pull it hard.

Apart from the ends that were under the clamp and in the drill (which can be cut off), the wire came out lovely and straight. I’ve tried this with both copper and aluminium wire and both worked beautifully. 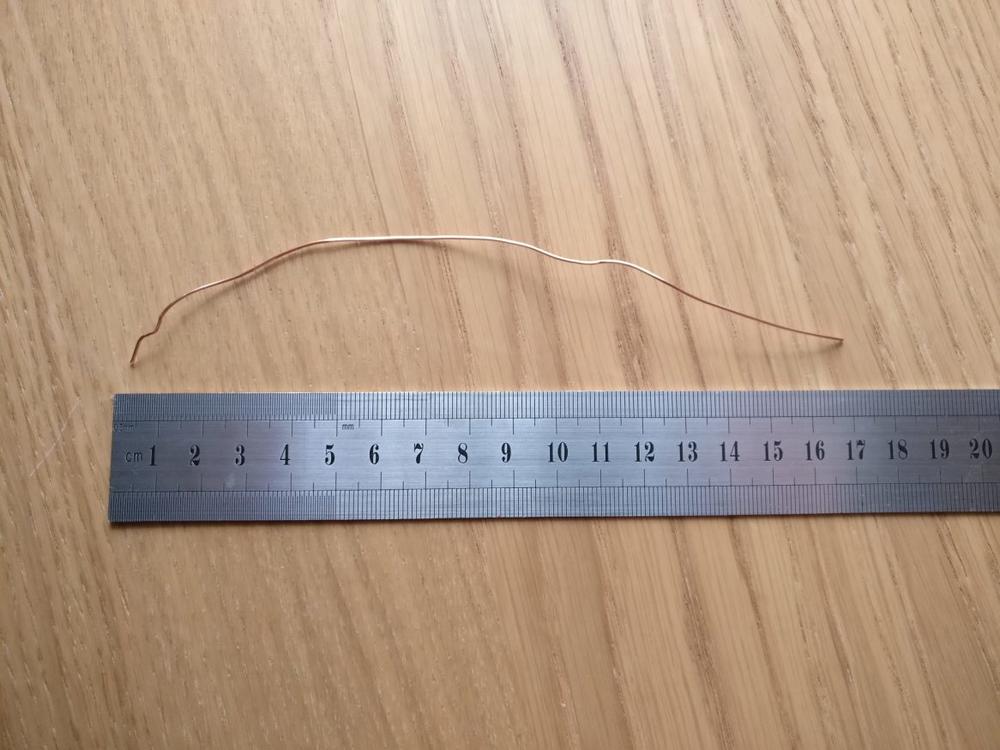 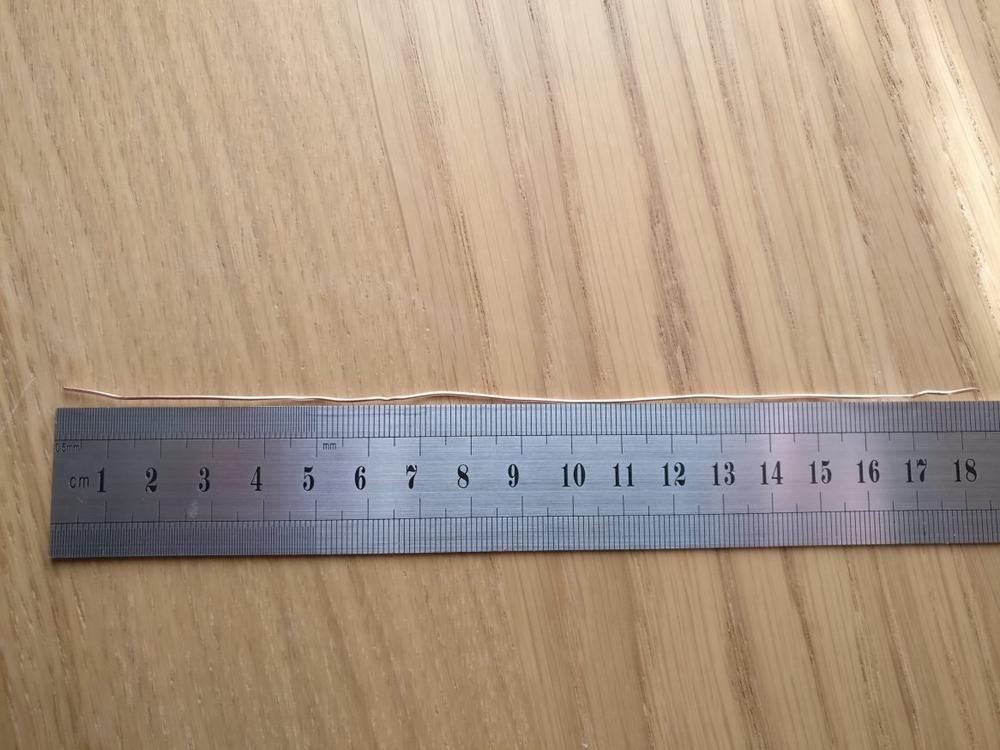 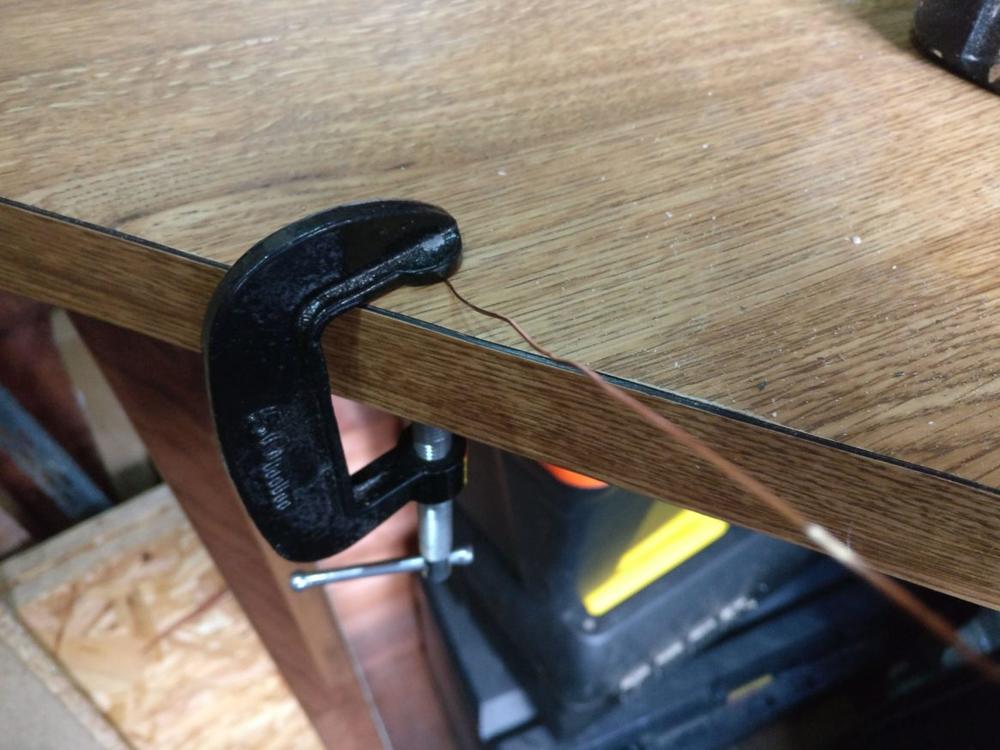 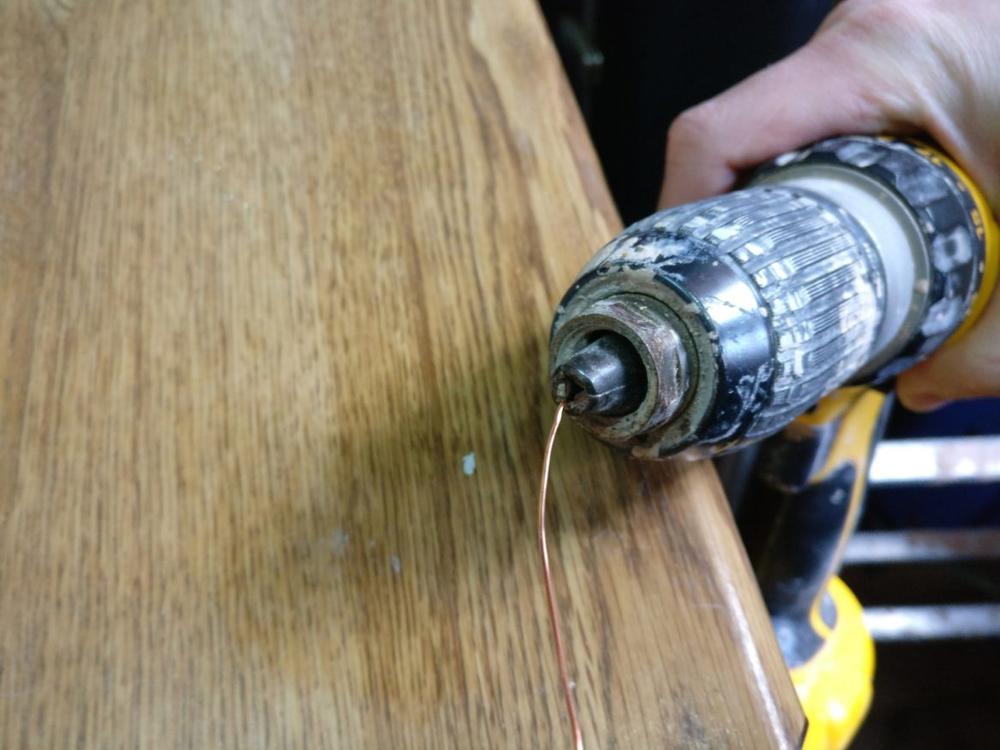 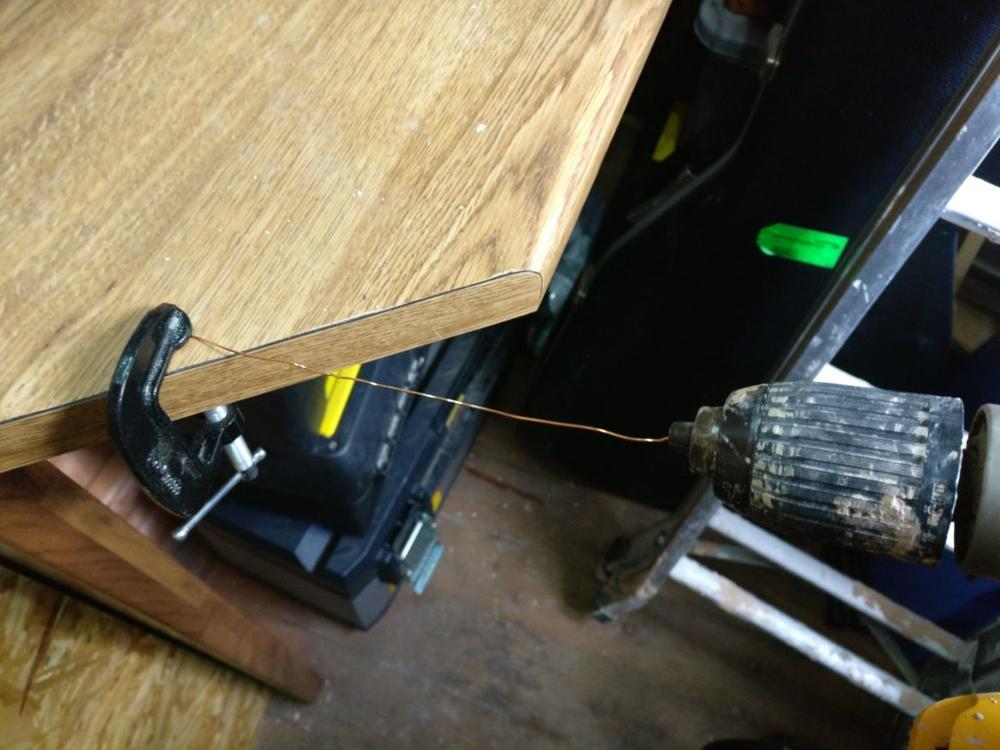 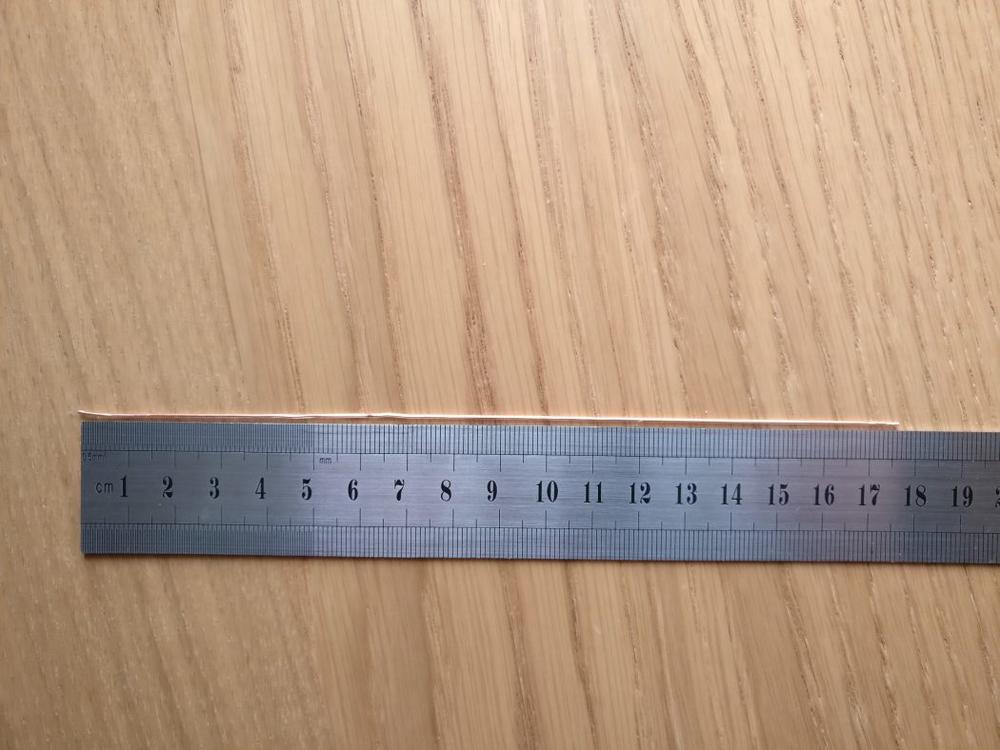 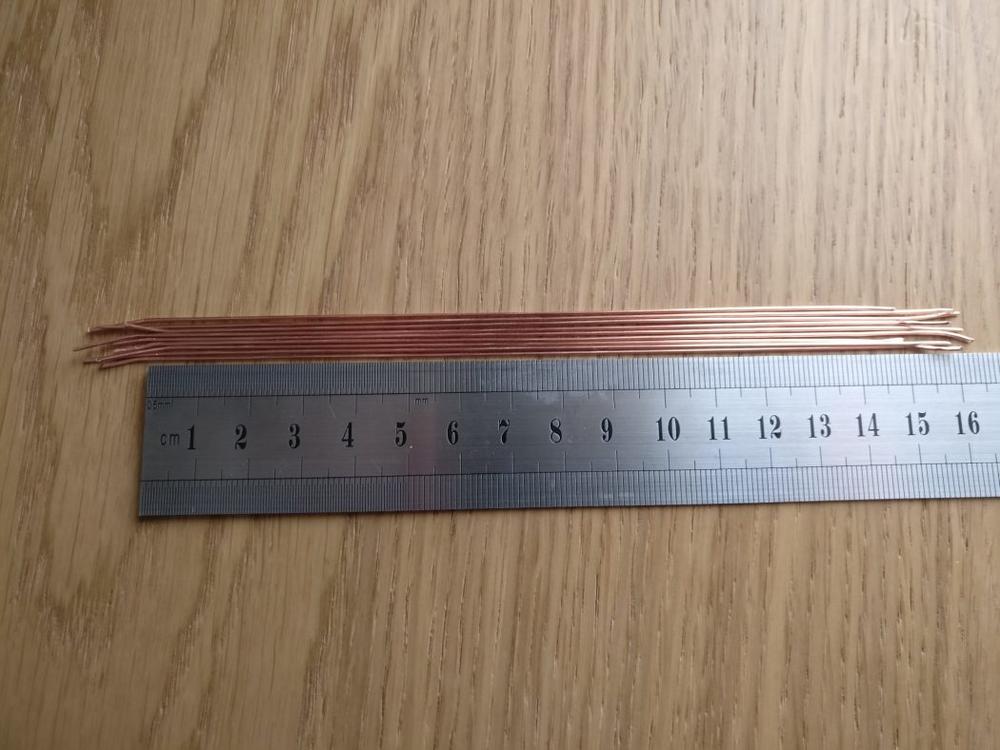 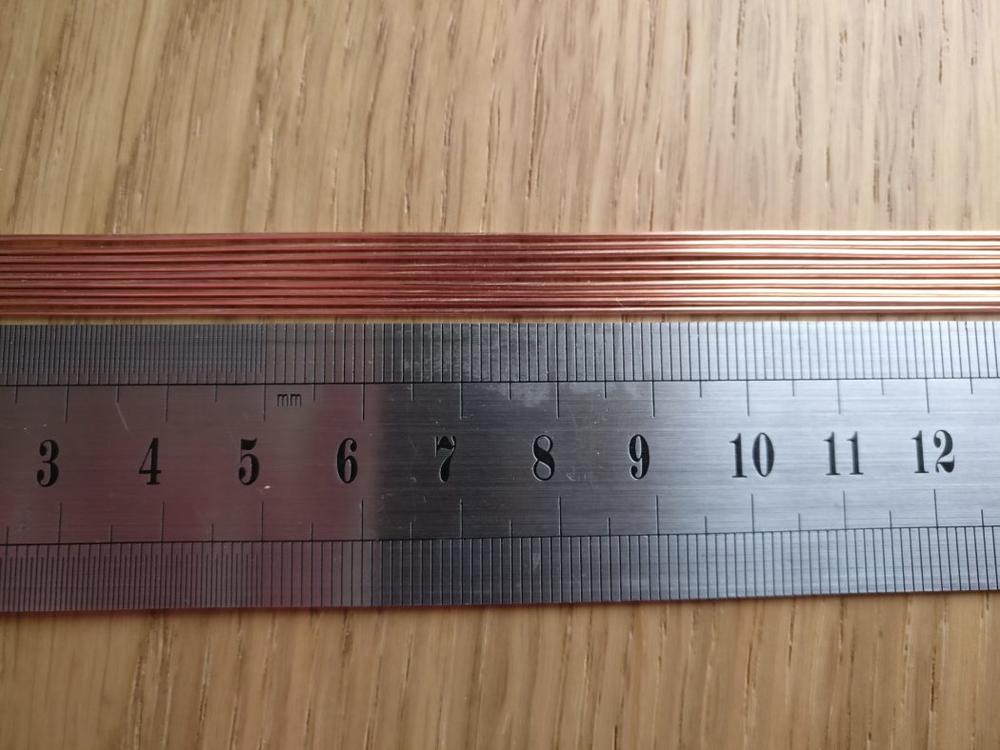 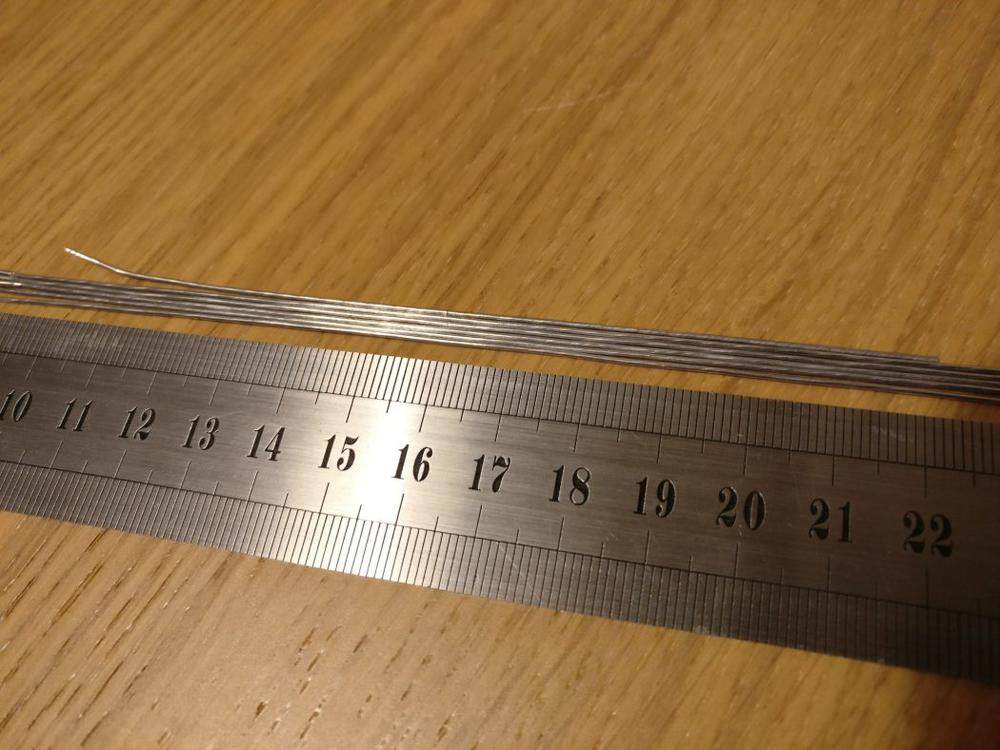