in In the shed, Pets

I wanted a playpen for my two degus, Wilbur and Angus. These can be bought, but they are expensive and do not have a base or a cover. I wanted to be able to leave them in there to run around unattended, so some sort of lid is essential. A base is also required, since I value my carpet and want to keep it free from wees and poos! Also, I wanted to spread saw shavings around, and once this is matted into carpet you can forget about getting it out again.

I decided to build my own playpen. This allowed me the freedom to build in the features that I wanted whilst being safe in the knowledge that they were going to have a decent amount of space to run around safely. Although this was built for degus, there is no reason why it couldn’t also be used for other large rodents such as rats, although I will say that for heavier rodents such as rabbits or guinea pigs then you would probably want a folding front panel which this does not have.

The pictures below show the finished playpen. It can be disassembled by unscrewing six bolts which allows the constituent panels to be stacked out of the way.

The floor space is 1m x 1.5m, with 0.6m of height. The lid is hinged in the centre to allow either side to be lifted for full access into the pen and also to allow folding for easy storage.

The frame of the pen is constructed out of kiln-dried pine (which is safe for degus to have a nibble) which holds together a wire mesh. The base is a 12mm thick layer of MDF which is arranged in such a way to make it difficult for them to chew – there are no exposed edges to the MDF for the degus to get their teeth into.

I didn’t follow any plans when making this, so there are no plans to upload here. The images below show the general layout and assembly, which may aid anybody setting out to construct their own playpen. 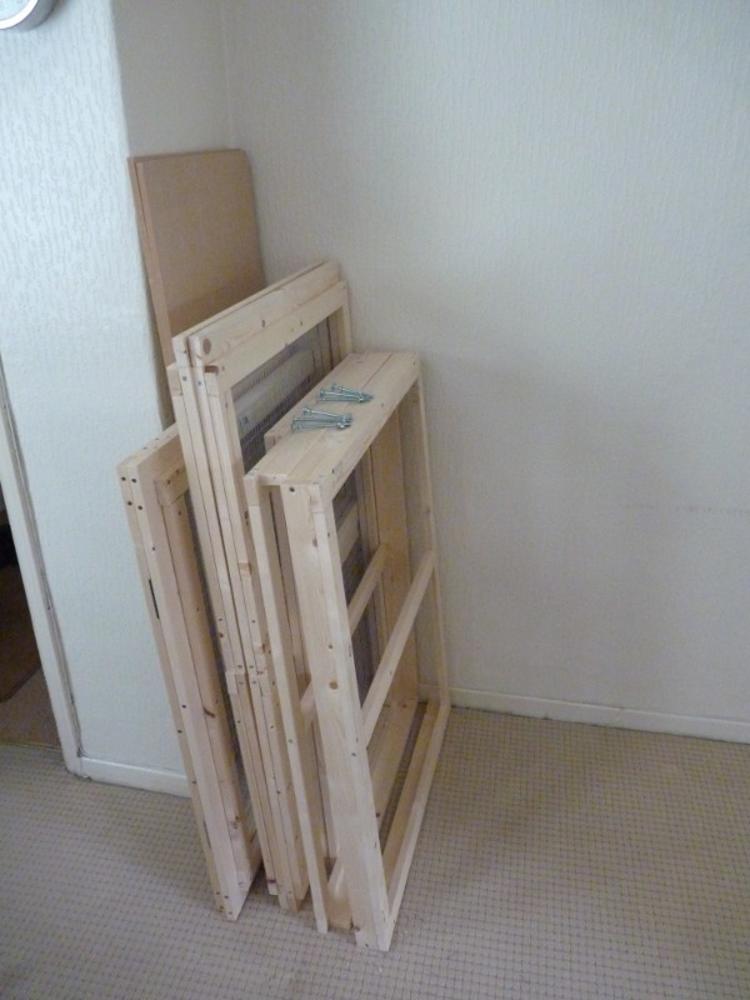 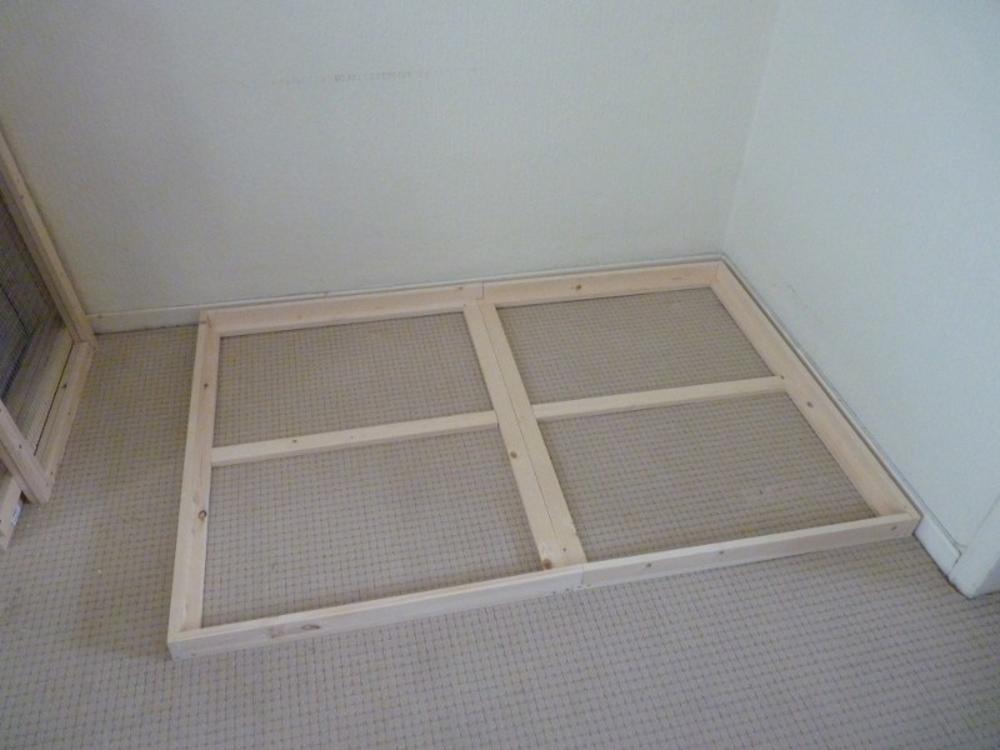 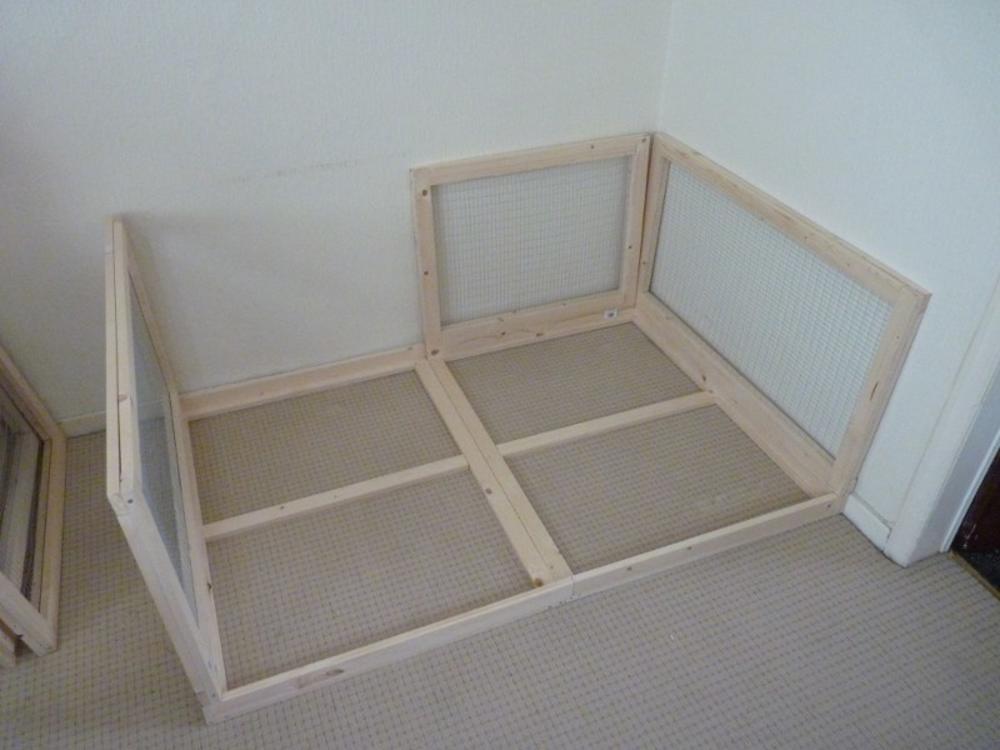 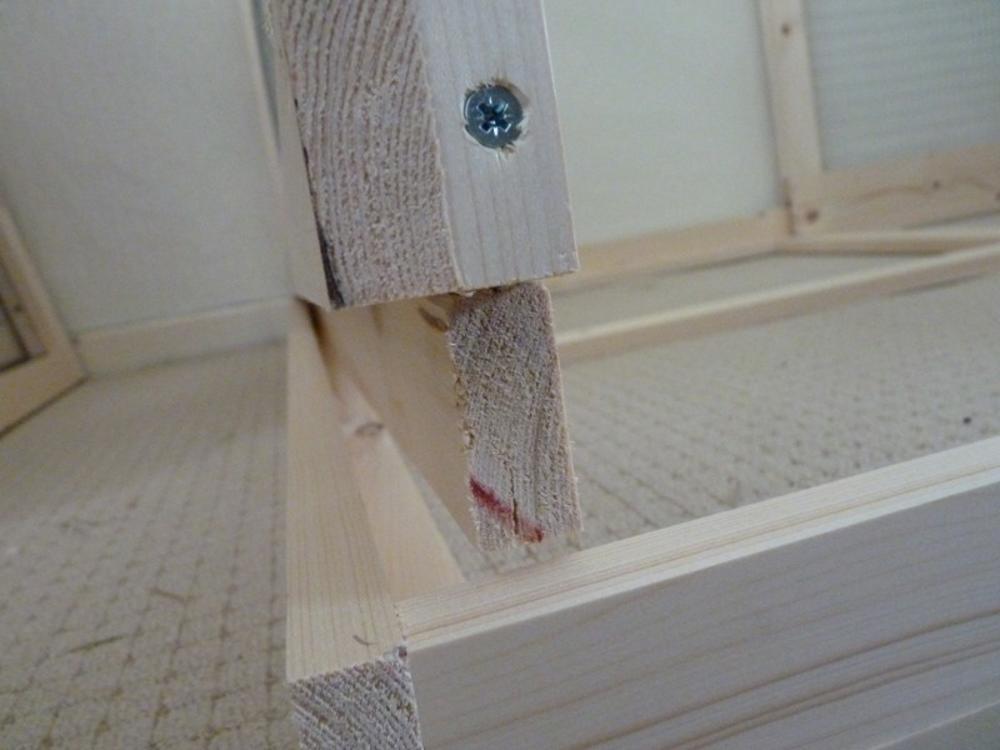 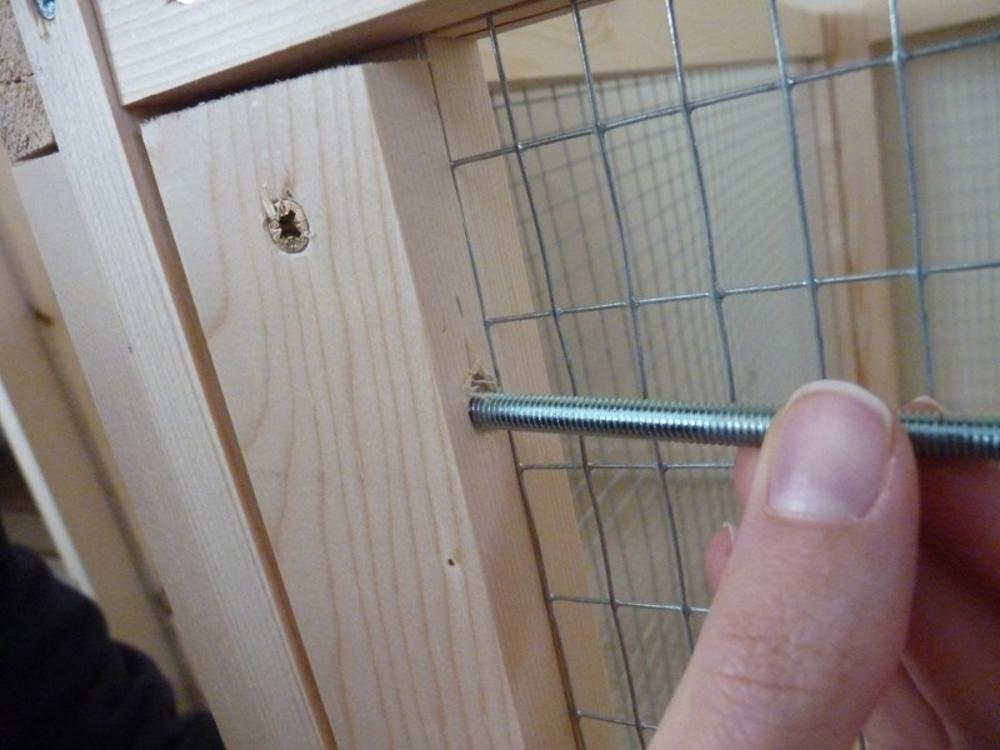 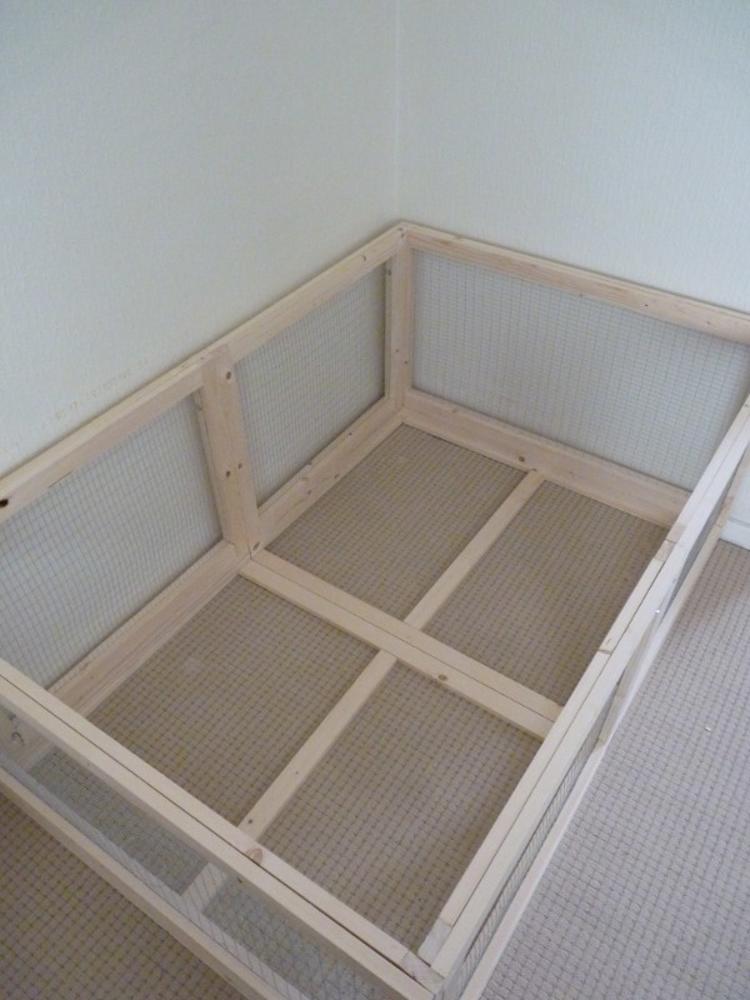 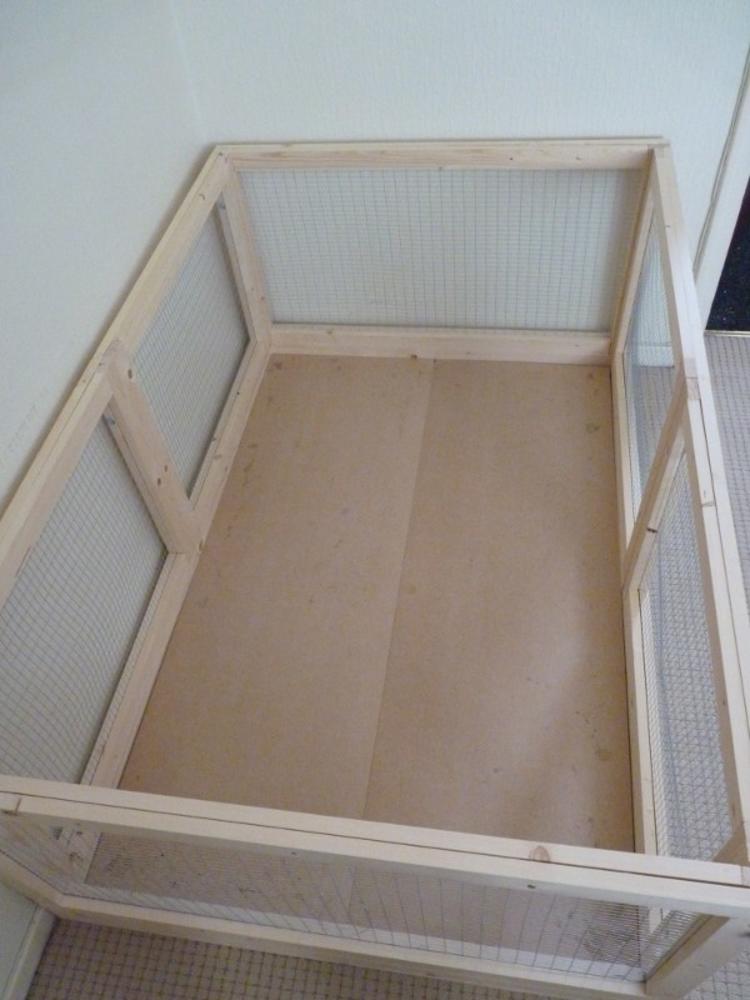 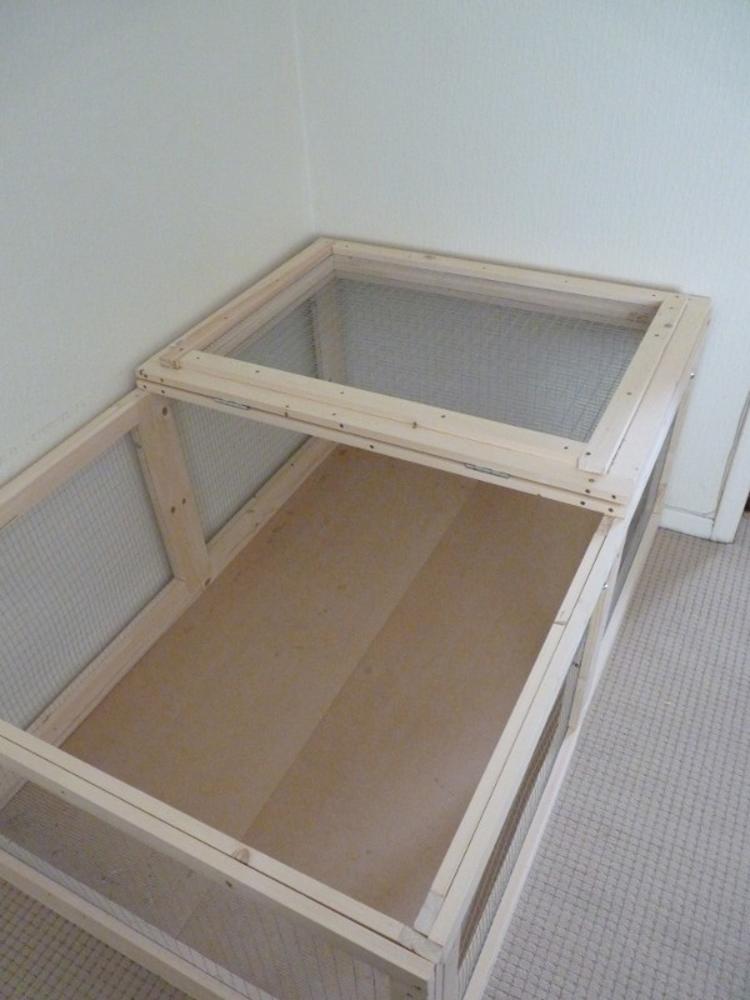 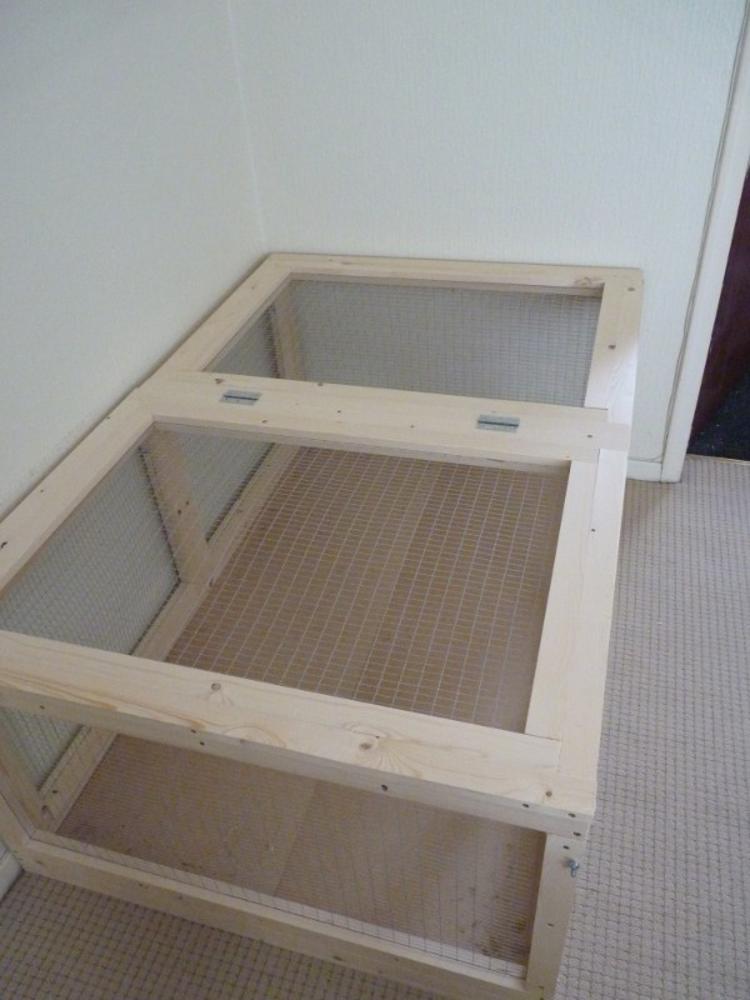 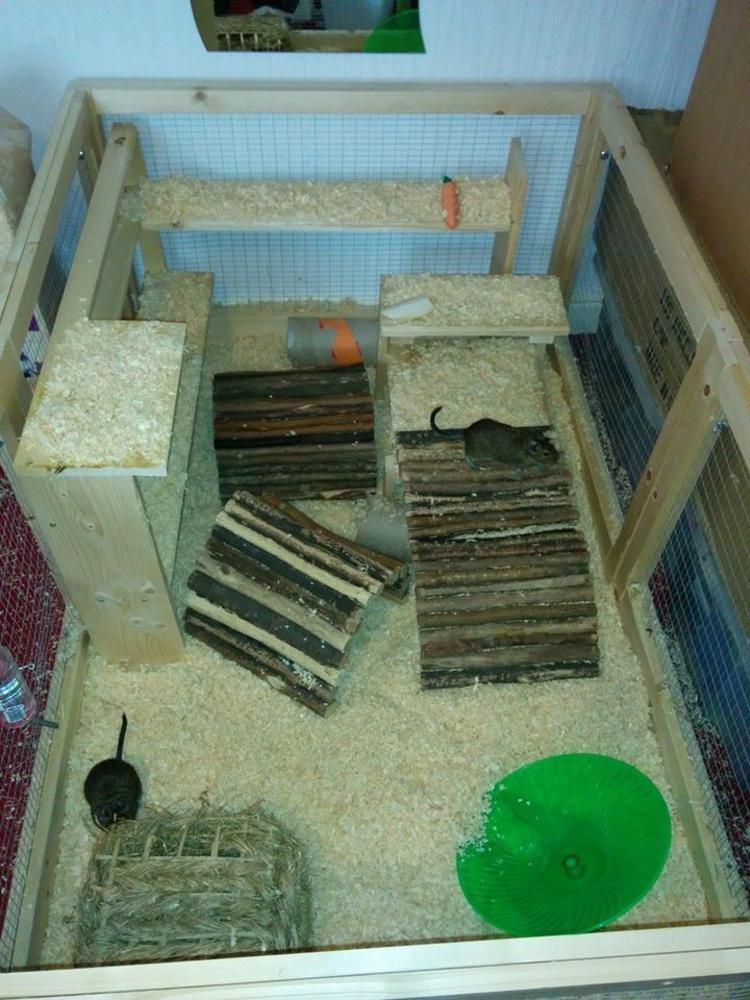